TOP 7 Places out of the beaten track in Gdansk

Gdansk highlights out of the beaten track by Poland By Locals.

Gdansk, Sopot and Gdynia are one of the most visited destinations in our country by guests from abroad. Most visitors visit the most obvious places in the Tri-City: Długa Street, a long pier in Sopot or a park in Oliwa. However, we have much more to offer. Gdansk can be explored in a variety of ways and look for attractions beyond the usual routes. Below are some suggestions of places that we consider to be unique and still uncontaminated by mass tourism.

With the rapid SKM train you can reach quickly and efficiently in every corner of our agglomeration. One of the places we recommend you to visit is Kepa Redlowska. One of our best destination out out of the beaten tracks in Tri-City. Protected area, located just in the heart of the city. Covered with dense mixed forests that stop on the cliffs falling into the Baltic Sea. It hides not only beautiful gorges and picturesque landscapes, but also military remains that once formed the main line of defense of the coast of this part of the Baltic Sea. Wandering through the forest you will come across bunkers, shooting stands and BAS (Fixed Artillery Batteries), which after the last renovations have preserved the original look and some functions of combat efficiency ( they turn around :)).

You can get here by getting off at the SKM Orlowo station. Then, go to the seaside to the popular and often crowded boulevard leading directly to the charming pier. Walk continue along the picturesque path above the Gdynia cliffs. Find the Naval Base and along the fence, make your way to the peaks of the moraine hills. There you will find permanent artillery positions. To avoid going back the same way, we suggest going along the beach to the center of Gdynia. It will always be an opportunity to follow the Gdynia Modernism trail. The walk will lead you along an alternative route along the sea, along the last wild beaches in the Tri-City.

One of our favorite routes to explore Gdansk, Gdynia and Sopot is the one that passes through all the viewpoints. From each of them stretches a beautiful panorama of the Tri-City, Gdansk and Zatoka Gdańska. With good visibility, we can see the Hel Peninsula and all ships waiting to enter the port of Gdynia and Gdansk.

If you do not have the fear of heights, you must visit the observation tower in Kolibki, located on the border of Sopot and Gdynia. The height of the tower is 50 meters, but the observation deck is located at a height of 28 meters. It seems not high? In combination with the natural elevation of the area, it gives the perfect height to admire the most beautiful panorama of the Gulf of Gdansk. Sometimes when we climb here, we forget that we are in almost a million-strong agglomeration.

The tower is closed to visitors in the winter season. Free admission for everyone.

You will get here very easily from the SKM Orlowo stop. Turn towards the Tlusta Kaczka restaurant, and then go up behind the golf shooting range.

3. Pacholek Mountain and the Valley of Joy.

The Oliwa Park and the post-Cistercian unit in Oliwa are a well-known and popular stops when visiting Gdansk. Inside the longest church in Poland, the Oliwa Basilica, you can listen to concerts of organ music, which resound in the season almost every hour.

But we do not want to write here about the obvious attractions, but about what you can visit while visiting the most famous places in Gdansk. It is very easy to explore Oliwa out off the beaten tracks.

Once you go round the Cistercian complex, you can climb a nearby hill, crowned with a metal lookout tower. The Pacholek, which measures 101 m in height, is an ideal observation site for Gdansk, the Gdansk Bay and the beautiful scenery of the Oliwa Forests. There is no many poeople here who want to climb. Good for us!

After leaving Pacholek, you can go to a small exploration of the surrounding areas. Not far from the Oliwa ZOO there is a narrow road that leads towards the historic water forge from the end of the 16th century. Then turn right towards the Dwor Oliwski hotel and enter the forest to the beautiful Dolina Zgniyych Mostow. If time allows you, go further by bouncing to the left. You will make a small loop and you will reach the Valley of Joy, which you can return to the center of Oliwa. On the way you will find ponds and restaurants “Rybakowka”, known for preparing fresh fish.

On the way back to SKM, visit the old part of the Oliwa district. Its charming, original architecture survived the stormy battles in 1945 and kept its original, unchanging from the 19th and early 20th centuries.

GoogleMaps helps you navigate. We also recommend the AlpineQuest application.

A tour of the Lower Town provides a lot of joy, and this is because you can explore them in a million ways. It is never crowded and you should definitely enter it as a unique point on the route beyond the usual routes. By bike, on foot and by kayak, each option will give us a different view of this original district. The original one not only because of the numerous buildings that survived the battle for Gdansk in 1945, but because of its character. Slightly dark and atmospheric streets take us back to the beginning of the century. However, we do not have to be afraid, the local people are very kind and willingly talk about their district.

One of the main attractions of the Lower Town are bastions, being the remains of the fortifications of the southern Gdansk from the 17th century. You can climb up to two of them, the Bastion of Gertrude and Bastion of Bison, from where there is a little-known panorama of the city.

The Lower Town is also a beautiful recreational area. A lot of greenery, the proximity of the Motlawa and Oplyw Motlawy channels make this place ideal for active rest. If you came to Gdansk and look for a place to run or stretch your bones, we definitely recommend the Lower Town.

Also, from the Zabi Kruk harbor, you can rent canoes and explore Gdansk’s canals on your own.

One of the lesser-known places in Gdansk is the Zejman Club. Moved to the Lowland Gate from Wyspa Spichrzow is an interesting proposition for fans of sailing and shanty music. The sea people club organizes here shanty concerts, meetings and lectures. You can always drop in for a beer and forget about tourist traffic jams on Dluga Street.

We do not need to introduce anyone to the Gdansk Shipyard. A historically unique place. A witness of the largest workers strikes on the coast in 1980. The birthplace of the largest social movement in the history of the world – Solidarity. Workplace of the Nobel laureate and the first president of free Poland, Lech Walesa.

However, the Gdansk Shipyard was here a long time before the strikes, there was a hedgehog before II World War and even before World War I. The history of its oldest parts dates back to the end of the 19th century, when the Imperial Shipyard was established, followed by Schichau Shipyard.

Each year, hundreds of thousands of visitors come to the Gdansk Shipyard, whose main goal is the ECS museum (European Solidarity Center). We want to encourage you to explore other nooks and crannies of post-factories. If you are already in ECS, do not fail to enter the observation terraces located on the last, 6th floor of the building.

A new tourist route has recently been opened between the old production facilities of the Imperial Shipyard. We also encourage you to find Lech Walesa’s workshop and climb to the platform leading to the platform SKM Stocznia, where you will have the best panorama on the famous Gdansk cranes Kone.

Another alternative version of the Gdańsk Shipyard is its night cultural and entertainment offer. The Gdańsk Shipyard became an artistic alternative for the Main Town in Gdańsk. Here, in the climatic, post-town places, the rhythms of every music resound. Shippers and tourists from all over the Tri-City come to the shipyard in the evening. So if you are looking for entertainment, craft beer and a delightful atmosphere, head to the Gdansk shipyard.

Not far from the center of Gdansk is the district of large murals – Zaspa. A special place for both enthusiasts of contemporary art and history buffs. Not popular atraction but really connected with alternative Gdansk off the beaten track.

The Monumental Painting Collection is an integrated gallery consisting of 59 large-format murals on the walls of the top blocks and 19 arrangements to enter the cages. The first works in the Collection were created in 1997 during an international festival organized as part of the celebrations of the millennium of Gdansk. The idea of ​​the collection’s development was returned in 2009, when the Monumental Art Festival was held for the first time.

The leader of Solidarity and the first president of Poland after 1989 – Lech Walesa also lived at the Gdansk Zaspa. On its block, where the flat of the Walesa’s family was located, you can find a mural depicting Wałesa.

In the Zaspa district there was also a military airport on which in 1987 Pope John Paul II celebrated Mass for nearly a million of the faithful arriving.

You will get here the fastest SKM train, getting off at the Zaspa stop.

At the end, a short hint for those who head towards the Polish Post Office building in Gdansk. The history of this place can be found in every guide about Gdansk. However, hardly anyone goes to the back of the post office. On its left there is a gate to the courtyard, at the end of which there is a great photograph, the last photo commemorating the heroic branch of Gdansk posters defending the center on September 1, 1939. On the original pre-war, brick wall, there is an installation referring directly to the photo of the arrested postofficers workers who stood under the wall and waited for their last transport.

Always you can book a tour with Poland By Locals! Local people know exactly where are perfect spots and with a pleasure will show you their city. Join the tour now! 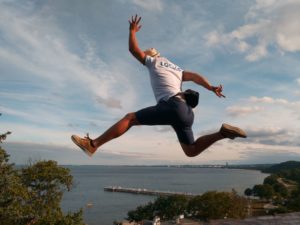 There is more fun in Gdańsk! 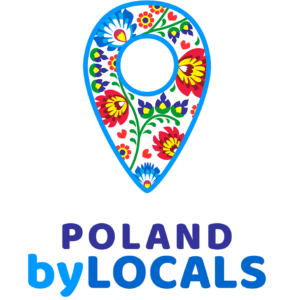